More than 40% of young black workers are unemployed

Young black workers have been hit disproportionately hard during the pandemic, according to analysis by the Guardian newspaper, with more than 40% unemployed – three times worse than white workers of the same age.

Between October and December 2020, 41.6% of black people aged 16 – 24 were unemployed – the highest rate since the last financial crisis, Guardian analysis of data from the Office for National Statistics (ONS) reveals. Unemployment among white workers of the same age stood at 12.4%.

Sarah Arnold, senior economist at the New Economics Foundation, said young minority ethnic workers were already disproportionately likely to be in less secure employment before the pandemic, such as zero-hours or fixed-term contracts, or cash in hand employment with little or no contractual security:

“These kinds of jobs have received less protection from schemes like furlough, and it is likely this has contributed to unemployment rising much faster among these groups compared to both young white workers and the population as a whole.”

“For this reason, far more comprehensive job and income protection schemes are needed, like the New Economics Foundation’s recent proposals to reform sick pay and universal credit into a minimum income guarantee, as part of a package ensuring everyone has access to a living income.” 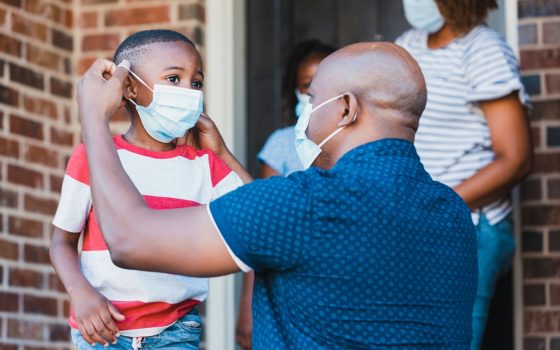 How has Covid-19 affected you and your income?

Take our three-minute survey – and then share it with family and friends.

Together we can end poverty in Britain, so we can all survive and thrive.